The database is an important component in an AEPsych project. It stores experiment metadata and also includes each message passed between the client and server, allowing previous experiments to be replayed trial-by-trial. The database is built using SQL Alchemy. The entire structure of the AEPsych Database implementation can be seen below in the following diagram: 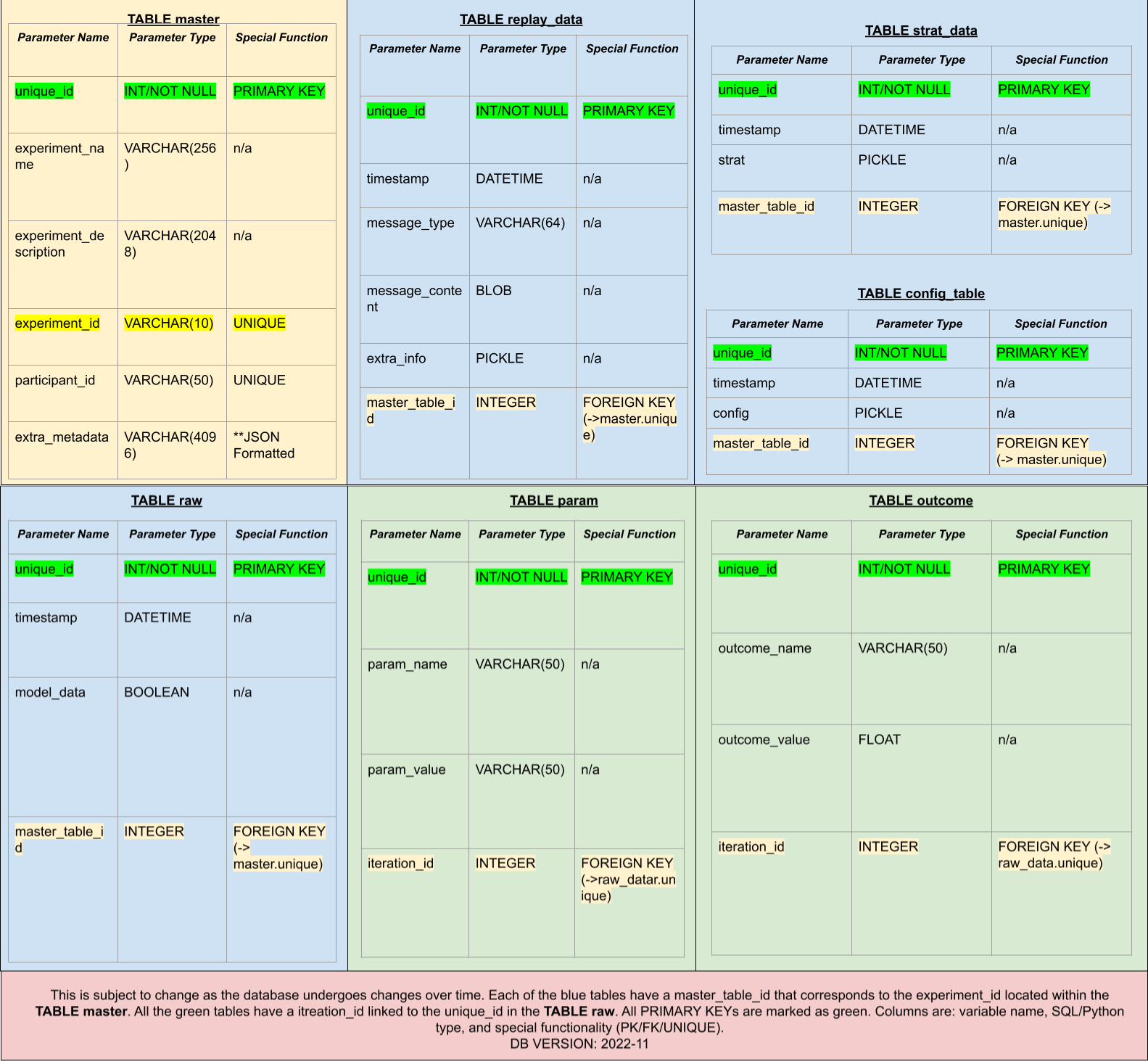 The database contains four tables: one primary and three secondary tables. Each table is described as follows:

The database schema is constantly evolving, so you may occasionally need to update old databases by running python3 aepsych/server/server.py database --update --d database_path from a command line. For more information about loading data and replaying previous experiments, see the example database and notebook.